Shortly after the nation’s first Baby Boomer applied for Social Security, I believe the need for a new term in our vocabulary became apparent. Based on what I read and my own informal cocktail party polls, the descriptor “senior citizen” is not very desirable when you’re talkin’ ’bout my generation (great black/white 1967 video of The Who!). I mentioned in a previous post about speaking to numerous directors of lifelong learning programs throughout the country. They described how difficult it is to attract Baby Boomer students. One issue is that most Baby Boomers find the idea of attending classes located in a Senior Center as very unattractive. The general message that Boomers don’t view themselves as an “old person” has been loud and clear.  The director of a facility in the Mid-West told me the board of directors decided to change the look of their recreation center to have the appearance and feel of a ski lodge– even though this state doesn’t even have ski-able mountains.

Another outdated signifier in the Boomer world is the word Grandma (maybe grandpa too, but I only know about female celebrities). If Blythe Danner and Goldie Hawn don’t want to be called grandma then maybe I don’t either. The term conjures up a photo I have of my grandma at just about the age I am now-but she looks so much older. She is grey-haired with no makeup, wearing a “housedress” and orthopedic shoes as she stands beside her stovetop………cooking. Much as I adored my grandma and have fond memories of time spent in that kitchen, I cannot relate to anything in either her appearance or her lifestyle (uh…cooking).

But is the “hope I die before I get old”  (again ladies and gentlemen-The Who) mantra just giving fuel to those who market to Baby Boomers? Not that there’s anything wrong with that. Figuring out what aging Boomers want and then passing information on to companies to produce those tangibles can be a good thing in terms of enhancing our quality of life. My grandma’s generation became almost invisible as they aged. The expectation was that older adults did things like sit quietly in a rocking chair, knit, play pinochle or tell stories about “the old country”.  Boomers are different. We will not go gentle into that good night. This generation is so fortunate to have choices about how we conduct our older adult life. Maybe we use anti-aging products, choose to have a second career, take Viagra or give up the house buy an RV and hit the road. None of these options seems to connote a typical “senior citizen”.

Before I knew about Susanna Starr‘s book entitled “Fifty and Beyond: New Beginnings in Health and Well-Being“, I thought the acronym for Fifty And Beyond (FAB) might be a nice shorthand term for aging Baby Boomers. After the British Invasion of 1962, “fab” (British slang for fabulous) crept into our vernacular as well. I think I first heard Patty (or Cathy?) call something “simply fab” on the The Patty Duke Show. Anyway, my programmer and I liked it enough to name the search feature on Snabbo–”Fab Finder”.

“Fab” is just one idea for updating “senior citizen”. Send me yours and I will post them on the Snabbo Home Page as our Featured Group. You can contact me through joining the Snabbo community (now there’s a thought),  send an email to marketing at snabbo dot com or direct message me on Twitter @snabbo.

Below is a bit of dialogue from one of my favorite scenes in the movie “Parenthood”.  For more click here.

Julie: [door slams as Tod leaves after having a fight with Julie] If he thinks I’m having his baby now, he’s crazy!
Helen: [shocked] Baby?
George Bowman: Your daughter’s having a baby?
Helen: [even more shocked] A baby?
George Bowman: You’re going to be a grandma?
Helen: [laughs incredulously] No, no, no, no. I’m too young to be a grandmother. Grandmothers are old. They bake, and they sew, and they tell you stories about the Depression.
[shouts]
Helen: I was at Woodstock, for Christ’s sake! I peed in a field! I hung on to The Who’s helicopter as it flew away!
[gestures wildly]
George Bowman: I was at Woodstock.
Helen: [shouts] Oh yeah? I thought you looked familiar! 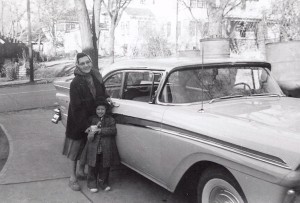